And as I was saying.. 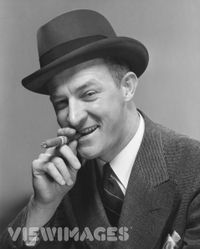 A recent article in Tradewinds states that for the first time there is an agreement between Shell and Marad to use US seafarers on Shell ships. In fact the first agreement between an oil major and Marad for this purpose period. It doesn’t mention whether "seafarers" means the whole crew or just the officers but that will become apparent in time I suppose.  Kind of hard to see this as a gesture of generosity on Shell’s part but more a sign o the times about the manning shortage and just how bad it has become.

Only a few years ago, the thought that an oil major and especially one with a big shipping interest would be trying to recruit American crews for a foreign flagged ship would only occurred to someone after the ingestion of a series of bottles of pop. Not from a quality standard (though I don’t really have any basis to judge the quality of American seafarers) but from their reputation for high cost, scarcity and advanced age.  I remember reading a book called "Looking for a Ship" by a journalist named John MacPhee. The book was written in the early 90’s and was about a trip on a Lykes box boat around the US coast. It was about the decline of the American merchant marine since WW2 and gave the impression that once the current crop of pensioners died off that it would all be over. No one counted on the Spanish Inquistion! Oops, I mean the demographic shift!