Now I know it will all be ok 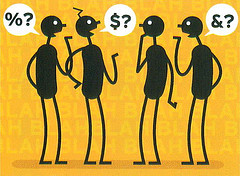 A recent article in the Canadian Press [ there is a newly released application for the iPhone that delivers all the CP news ] says that, "Barely a day after the daring rescue of an American sea
captain, cable TV's Spike announced a deal Monday to produce a show
about U.S. Navy pirate hunters."

It turns out that the deal has been in the works for three months but has only recently and conveniently come to fruition. What's interesting to me, probably out of ignorance, is exactly how many US flag ships there will be to rescue? I don't think this is like the first Gulf war where owners re-flagged to the stars and bars in order to get protection, so what exactly are they going to film, U.S. cruisers and destroyers waiting around while flag of convenience ships get hijacked?

Don't get me wrong, I'm all in favor of ships getting rescued by anybody's Navy and it's a great thing that the Master of the Maersk ship was rescued so quickly. What would be even better to see would be a coordinated effort amongst the Navy's present to rescue all of the 228 crew (at last count)  that are still being held prisoner. The flags on their ships may not be US but my bet is that the ultimate ownership of a lot of them ends up in the G20. Would it be too much to ask to have the people that ultimately own the ships to apply pressure to the governments that have the Navy ships in the area to get on with it?

UPDATE: The Economist has posted a related article here.

"One Western naval officer says placing all the warships under a single
command, perhaps of the UN, and adopting the same rules of engagement
would help to make them more effective."