The wages of sin and my profiting thereby 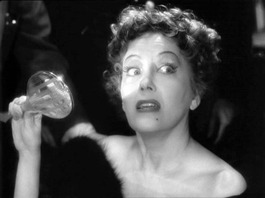 A friend of mine described obtaining publicity as about as certain as throwing great gobs of over cooked spaghetti against a greased wall and foolishly hoping a few strands will stick.

In our endeavours to get the name of TMS on everyones lips I have advertised in shipping magazines, paid for literature distribution at conferences, mailed out invites to conferences with discounted pricing, designed and mailed out postcards around the world (my favorite was learning the rules by which Canada Post decides pricing on a small piece of cardboard, an education like no other), printed brochures (two types) and spent thousands on a website. Has it produced work? Not so far, but it's only been three years. What unfailingly provides employment is to be referred by someone you know. Does the PR work remind people of who you are? Not so sure but I'm hoping so.

With our recent change of direction I have taken yet another tack and distributed a press release across the country, in both official languages, no less (thanks Marijke). It's yet to be picked up in a newspaper as far as I can tell but then ship management news would appeal only to a small subset of the populace I'm thinking. Our one success has been to be picked up by Tradewinds, who I think out of a sense of charity and the fact that I've worked for noteworthy companies wrote a nice piece on the Tsekoa and our deal with the uni. (The piece can be read here, for how long I don't know.) One would think that ship management is of interest to a much larger group of people amongst Tradewinds subscribers then newspaper readership in Saskatoon or Fredricton.

We just hope someone I know reads the piece and remembers me when asked for the name of a good ship management/broking/consulting company.