Fixing one thing and making another thing worse, Arctic style 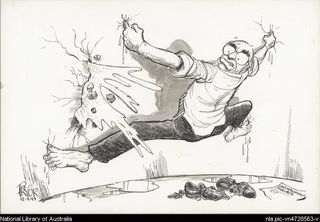 This from a Ship Safety Bulletin 06/2013 I received today from Transport Canada, concerning the implementation of the North American Emission Control Area (NA-ECA):

Overview of the Amendments

For vessels inside the NA-ECA and throughout Canadian waters south of 60°N, the Amendments set a limit of 1.00% on the sulphur content of marine fuel. This will be followed by a 0.10% limit after January 1, 2015.

In waters outside of the NA-ECA, north of 60°N and including all of Hudson’s Bay, James Bay and Ungava Bay, the Amendments set the global standards under MARPOL for controlling sulphur oxides. This currently comprises a 3.50% limit on the sulphur content of marine fuel and after January 1, 2020, the Amendments set the standard to 0.50%.

My guess is that this is to allow the operators on the Mackenzie time to source low sulfer fuel which is probably not available from Norman Wells (assuming they still get their fuel from NW), or for Imperial Oil to modify their mini refinery (unlikely).

My concern is that if I'm right, we're giving a pass to a small part of the shipping in the Canadian Arctic while allowing everyone else to get a really big pass. Most of the resupply of the Arctic comes from outside, and from ships that pick up their bunkers from a long way away, Shipowners as we know operate in just about the freeest (and most brutal) of the free markets and if they can get a bit of an advantage by sticking with high sulfur bunkers for trips into the Arctic then that's what they'll do.

I get it, I do, there's no quick fix for sourcing local low sulfur bunkers in the Canadian Arctic (ignoring just how long this has been discussed) but does solving this problem have to mean the rest of the Arctic suffers the result? I wonder, having zero knowledge of the methodology, that legislation couldn't be written to give the pass to those that need it while requiring everyone else to adhere to the same standard as the rest of Canada?