Some are born to change, some have change forced upon them… 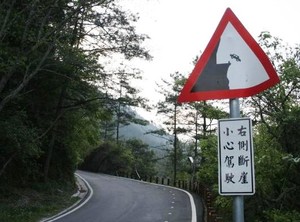 Someone sent me an article the other day from Lloyd’s, Crew quality under threat as global fleet expands  (no link as it is not a free site). In it Mike Grinter asserts, "As the demand for crew accelerates, in a business environment where at least a thousand new ships will be deployed in 2008, ship managers admit they are under siege from cash-rich shipowners."

Given a world fleet of about 24,000 ships this is an increase in demand on the world pool of crew of about 4% in a single year! It wasn’t in the article but I think the effect would be exacerbated greatly by the ever increasing age profile of seafarers, particularly senior officers.  In Australia I remember that we had very few Masters or Chief Engineers below the age of 50.  (And in a similar vein very few heads in the office didn’t have grey hair on them, if they had hair.)

This makes me think two things, one is that as an industry we have long been under the gun for the quality of our employees. The implementation of SCTW and ISM were supposed to take care of all that though I think the improvement has not been uniform. Tankers have increased faster than bulk carriers and that as much because of the constant pressure from the charterers through inspections and vettings.  The issue to some degree was always that training costs money. In the days not so long ago where a Suezmax cost $15k/day to run and the owners were getting paid $9k/day it was tough to get owners to willingly spend a lot of money on training beyond what was absolutely required (though some surely did, bless their cotton socks).  Well now the same Suezmax was lately getting $100k/day  so the money is there but now the employees are either getting too old, moving to a different owners or just not there to be trained.

One other thing it makes me think of is when I was at the University of
Plymouth in 1990 (then known as Plymouth Polytechnic). David Moreby had
been the head of the nautical program there for several years and was
one of those examples (as with Edgar Gold) of mariners who become first
rate academics. Just in case anyone thinks that the manning crisis was
unpredictable far ahead enough to have been dealt with and/or as the
result of the incredible and unexpected rise of the shipping market
Professor Moreby authored one particular paper on manning that detailed
that by they year 2000 the marine industry would be short of seafarers
by about 100,000. He was a few years early but not too far off on the
amount.  What happened as a result of this study, the results of which were fairly well known at the time? Nada, rien, zip.

Where does all this point? Nowhere good in my humble opinion.  Most major shifts in legislation affecting shipping happen after a large disaster (think Titanic and SOLAS, Exxon Valdez and OPA 90, Torrey Canyon and CLC… but you get the picture) So if we experience another major disaster with a VLCC spread across some easily photographed rock (or a bulk carrier for that matter, to the media they are all tankers anyway) what sort of legislative shift will we experience if it turns out the crew were ill trained or inexperienced?

Don’t think it will happen? One more quote from the same article,"When asked if the company had to accelerate promotions … “We have our standards, but they are under pressure. Crews leave us if we do not promote them quick enough. I would be lying if I said we are not compromising our standards."