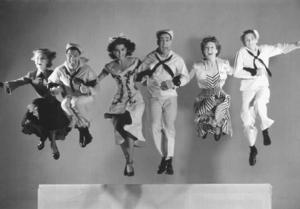 A recent article in Lloyd’s List referred to legislation now in the US Congress,  the  Coast Guard Authorisation Act of 2007 which would be applicable to 2008. Originally a section of the act required terminals to give seafarers and chaplains access through the terminals and it prohibited terminals from charging a fee for them to have that access. A revised version contains a last minute provision that does not say seafarers have to be given access only that if seafarers are given access that they are not charged for it. The concern of course is that if the terminal does not have to give access then some terminals won’t.

Apparently this is still a long way from being made into law but represents a trend that has been growing over the years where accessing the shore, particularly through oil terminals has become more difficult for ships crews. The advent of ISPS,  the need for shore side security plans and the remoteness of some terminals has only  exacerbated the problem.

Years ago fellows who worked on general cargo ships used to enjoy a week in a port, loading and unloading. The cargo might only be worked during the day and/or during good weather. Containerisation put paid to that, even worse are car carriers, I remember talking to a guy who was 2nd mate on a car carrier where the turnaround in port could be 6 hours! On the liquid side tankers are in and out in no more than 24 hours or someone is in trouble.

So where am I going with this you ask?  Commoditisation, heightened global security concerns, ever speedier throughput…. none of this is news.  But there is  this, one of our problems in the old shipping industry is the global manning shortage (Some are born to change..)  How much you’re paid and where you are from is becoming less of a concern than if you are willing to go away from home for a long period of time, live in a steel box, eat indifferent chow (if you’re lucky), and of course be willing to be thrown in jail if there is an oil spill I suppose.

One of the problems in keeping people at sea is the complaint about the lifestyle, or lack thereof.  We know that adding e-mail has helped, as have DVD’s (I skipped over 16mm films and VHS so as to avoid dating myself) and calling cards but there is no substitute for going ashore to stretch your legs and see something other than steel bulkheads and the same sad faces you see 24/7 for months on end.  As well access to a (relatively) cheap telephone, shopping and the Mission To Seafarers/Flying Angel etc lets you get in touch with reality, well the other reality I suppose.

No one will confuse a seafarer on a working ship with being a passenger on a cruise ship but the chance to get a change of scenery and a break from the everyday is a very good thing, especially when we expect sharp focus on what could be and frequently is a long and busy passage from the wharf back to the open ocean.  The leap that needs to be made is that the terminal operators and in particular their security people have to see their part in the overwhelming need to facilitate shore access for seafarers. Is there a huge benefit to the terminal operator? Probably not, other than a happier more relaxed crew operating the equipment alongside their terminal. The downside if the trend continues is much greater though, tired, stressed crew members are not going to function as well alongside or in the passage back to the sea and when that happens we all end up paying.