Did this guy talk with that European guy? 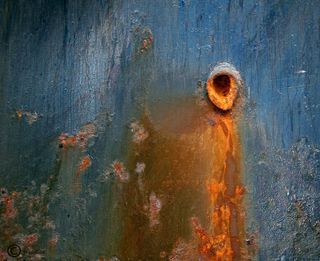 Recently, (ok a month ago but I've been busy) Lloyd's published an article titled, "Downturn leading to improved prospects for ship safety" The article quotes the International Union of Marine Insurance as having the view that, "the freight market crash is lifting some of the intense operational pressure exerted in recent years on the world fleet. " or in other words, when your ship is earning $100,000/day no one wants you to slow down to paint the anchor.

This is true, when things are rolling, drydocks get delayed and if repairs can safely be made on the run rather than stopping then that's what you do. What intrigues me of course is how directly at odds this is with our friend from the EMSA that I talked about in a blog some months ago where he opined that the first thing that would happen in a bad market is all the maintenance would stop and the four horseman of the Apocalypse would follow shortly thereafter.

The IUMI also attribute the improvement to the fact that a lot of old trash that should have gone to the breakers a long time ago has now finally shuffled off the mortal coil, bad for the shipowner but good for the crew and the rest of us.  Bad markets do tend to drive some of the less desirable owners out of the business (and some decent ones too unfortunately). This tendency tends to be exacerbated but the fact that when times are tough charterers will also tend to go to the better owners knowing they will be keeping their standards the same.  During both the Erika and the Prestige I saw that the quality companies did proportionally better (Get me a ship and make it a good one this time, someone may be watching!)

The president of IUMI stated that "there were strong signs that the safety culture at
sea was taking root. But she warned: “Ship operators are being buffeted
from all sides in the growing economic crisis. But to cut corners on
maintenance or training can only have one result in the long term: more
casualties, higher claims on insurers, and higher premium and
deductible levels for shipowners.” I agree with all of this but I don't think it is the entire picture as the whole of operating a ship is not taken up only with the insurance.  Charterers, particularly for oil companies and definitely in the offshore have no tolerance for ship operations that take the lives of their crew for granted. The LTI or loss time injury rate used to be a somewhat novel concept in discussions betwixt charterers and owners but now it tends to be either a conversation starter or the beginning of a deathly silence, if you pardon the pun.