A game changer or a footnote? 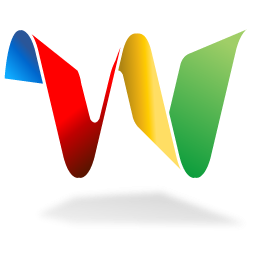 I came across an article in the Sydney Morning Herald today about the tiny Google office in that fair city. It is run by two brothers who sold their business to Google some years ago. The business was called Where 2 Tech which no one had heard of, it became Google Maps, which everyone has heard of. In any event they've moved on since then to a new application/service called Wave which they revealed at a Google developers conference in San Francisco yesterday.

The gist of Wave is that e-mail, IM, photos, videos and blogging will all be integrated in a collaborative way. Conversations called "Waves" (of course) will exist in a browser which makes it system indifferent, including mobile devices such as iPhone and Android. Google defines a Wave:

A wave is equal parts conversation and document. People can communicate and work together with richly formatted text, photos, videos, maps, and more.

A wave is shared.
Any participant can reply anywhere in the message, edit the content and
add participants at any point in the process. Then playback lets anyone
rewind the wave to see who said what and when.

A wave is live.
With live transmission as you type, participants on a wave can have
faster conversations, see edits and interact with extensions in
real-time.

The description from their blog is here in Went Walkabout, Brought back Google Wave, there is an embedded video from the conference which gives a detailed demo. The demo is bit long and geeky but the technology is fascinating. I was particularly impressed with the idea that you could watch while someone was typing a message to you, not afterwards but as they actually typed it.

The question in mind is whether this will become the next big thing and everyone will be lined up around the virtual block to get signed on (as they were to a great extent with Gmail) or whether it is a bit too geeky to be adopted by the main stream. 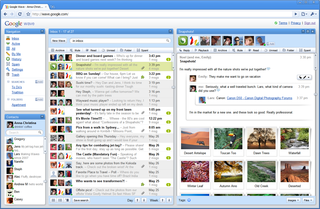 One very smart thing they are doing is making the source code open to other developers right from the git go to enable them to build on and extend the technology. Another question in my mind and which I didn't hear addressed in the demo is how it will integrate with existing e-mail systems. If you have one system for dealing with friends/coworkers on Wave and another on regular e-mail how long will you  keep it up before you dump the one with fewer correspondents? Nevertheless it's a fascinating idea, stay tuned…

Postscript: I managed to leave out one of the most interesting features, and something that the developers left to the very end of the demo. Wave can translate on the fly, and I mean literally as each word is typed to and from 40 different languages. Not too shabby.